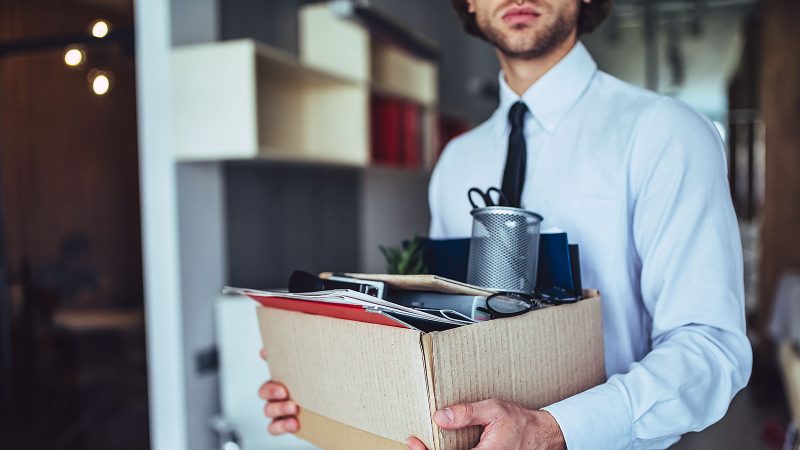 It says a lot about the power of TikTok, that a short 17-second video by musician @zaidlepplin could have created the whole new HR lexicon of ‘quiet quitting’.

The notion that people are not physically quitting, but are instead quitting in-mind (and doing just the bare minimum), has reinvigorated discussions around former HR buzzwords, like presenteeism and engagement. Gallup now argues 50% of American are already quietly quitting. To put it mildly, HR has found its new whimsy.

But according to at least one HRD, quiet quitting already has a rival – the mirror concept of ‘quiet-firing’.

According to Annie Rosencrans, people & culture director at HiBob, quiet firing is the just-as-common practice of companies/HR professional failing to give staff the constructive feedback they need around their career trajectory, or how to succeed. In other words, they’re quietly firing them due to the absence of insights that – over time – simply cause staff to want to leave.

So is this really a ‘thing’?

It certainly sounded like something TLNT needed to explore more. So we exclusively arranged to speak to her:

Q: We’ve all heard of quiet quitting, so can you expand on what you think ‘quiet firing’ is?

A: “If quiet quitting is the disengagement of employees, quiet firing is the mirror-image of this – disengagement from managers. Rather than dealing with staff issues head-on, there’s some sort of avoidance mechanism at play where a proactive stance is not taken on issues like under-performance.”

Q: Is quiet firing a deliberate tactic – a way of getting staff so fed up, they leave on their own without the need for unpleasant interventions?

A: “Some managers are definitely intentional with it. Quiet firing causes the people managers might actually want to leave to become so disengaged, that they quit without needing to be fired. But what’s more common, I believe, is the accidental element of it – where managers are being pulled in so many different directions, that they are quietly firing people without realizing it. This is them just not doing what they need to do because they are busy –which has the potential for companies to lose really good people. Incidentally, I think remote working has made this even worse, because people aren’t getting the off-the-cuff interactions and support from managers that they might have done if they were in the office.”

Q: What do think the prevalence of quiet firing is – as much as quiet quitting?

A: “It’s incredibly hard to put a number on it, but if companies are habitually not providing the feedback people want/need, then it’s probably a lot more common than we think. You’ve got to remember that even if you think it suits a purpose of getting rid of people you don’t want, quiet firing is not a healthy way of exiting someone. Employees want honest conversations, and they want transparency. They want to leave a company at least knowing where they stood.”

Q: Are managers to blame or could it be that they not being given the HR information they need to pass to staff?

A: “Not having information staff need is definitely a possibility. It happens a lot that managers aren’t given information about whether there’s budget to promote someone, or to change someone’s responsibilities. But at the same time, it is up to managers to be seeking this information for themselves. Managers should be clear about what expectations they have from the people that report to them – including where they fit into things.”

Q: People are saying quiet quitting is nothing new, is the same true for quiet firing?

A: “Healthy feedback norms are what every company ought to strive for. Is there a need to reinforce the power of feedback? I would say yes. I would also probably concede that quiet firing isn’t desperately new; but what I would add is that the world of work has definitely changed, and in our more remote/hybrid landscape, managers do have more on their plates, and its easier for feedback not to be given. It’s also worth noting that anecdotally, young people seem to want/need more feedback. They’re also in this hybrid working world and they’re perhaps not being given the recognition or critical feedback that they expect.”

Q: What can managers do if they can’t promote people, or appear to be able to give people what they want?

A: “I think there are always alternatives. If you can’t promote people, maybe managers/HR professionals can talk about the things that motivate them. Perhaps they can organize work shadowing with a peer, or mentoring – that sort of thing. The reality is that more people are weighing up the way work fits into their lives now, so leaders need to be aware of the need to have potentially uncomfortable conversations rather than ignoring them.”

Q: What do you do in your organization to avoid quiet firing?

A: “We have a massive focus on creating a culture where everyone feels valued and informed. We’re very intentional about sharing updates with staff, and explaining where people’s roles fit into our broad strategy. We have remote socials, and we’re introducing mentoring this quarter. We want to give people a way of being able to model their careers, and we’re supporting this with empathetic leadership. We want – ultimately – to convey the fact that we care about our colleagues’ careers.”