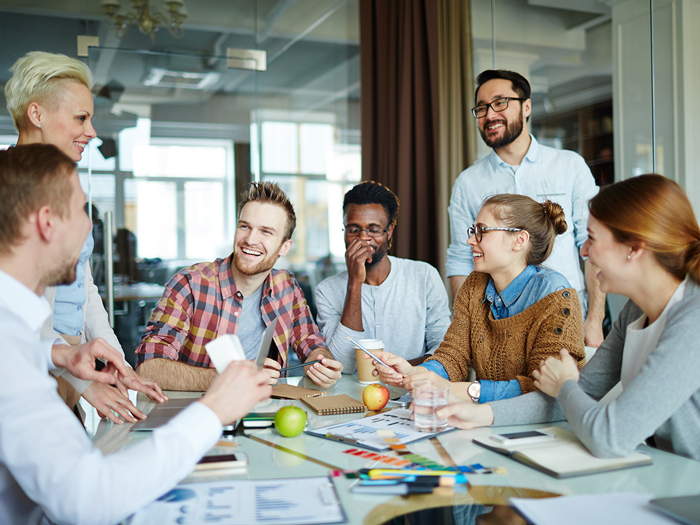 When people think about the roles most responsible for employee engagement, HR usually tops the list, followed by senior executives and people managers. Recruiters, while incredibly important, don’t have quite the same obvious link to employee engagement.

Of course, current staffing shortages make it tough for recruiters to enforce incredibly tough standards, especially around seemingly fuzzy issues like corporate values. And even if recruiters can resist the pressure to get lots of warm bodies into the recruiting funnel, there’s the issue that fewer than half of workers strongly agree that their organization has a well-defined set of values. It’s pretty tough to hire for a set of corporate values when people don’t even agree on a clearly-defined set of values.

If an organization has miraculously overcome all those hurdles, there’s still the problem of hiring managers guaranteeing, whether consciously or unconsciously, that desired candidates pass through any hurdles based on values, attitudes, or any other seemingly soft issues.

For example, the report “Six Words That Ruin Behavioral Interview Questions” reveals that most hiring managers add words to the end of their interview questions that essentially give away the right answer.

Given all these challenges, how can recruiters ensure that any new hires actually fit the company’s values and have a positive impact on the organization’s employee engagement?

One simple approach is to populate the hiring funnel in the opposite order. Most organizations search for in-demand skills and, much later in the process, subject candidates to assessments of culture and values fit. But what if recruiters reversed that order?

Of course, every company needs highly skilled candidates; having someone who aligns with your company’s values but can’t write a line of code (or whatever) isn’t a great solution. But what if a candidate had to clear a hurdle on being a fit with the company’s values before they were put in front of hiring managers? This will undoubtedly reduce the number of candidates in the funnel, but the candidates who make it to interviews with hiring managers are more likely to become successful employees.

The further along in the process a candidate gets, the more invested people become in that candidate getting hired. The problem is that hiring managers are far more willing to overlook a lack of values than they are a lack of technical skill. And even if they won’t overlook it, most managers believe they can coach the values issue. Given that reality, it makes sense for recruiters acting in the company’s best interest to put the values issue much earlier in the recruiting process.

Hiring managers might not realize it at the moment, but emphasizing values earlier in the hiring process is going to drastically improve employee engagement in their departments. And over time, that will dramatically improve their ability to attract highly-skilled stars who also fit the company’s values.