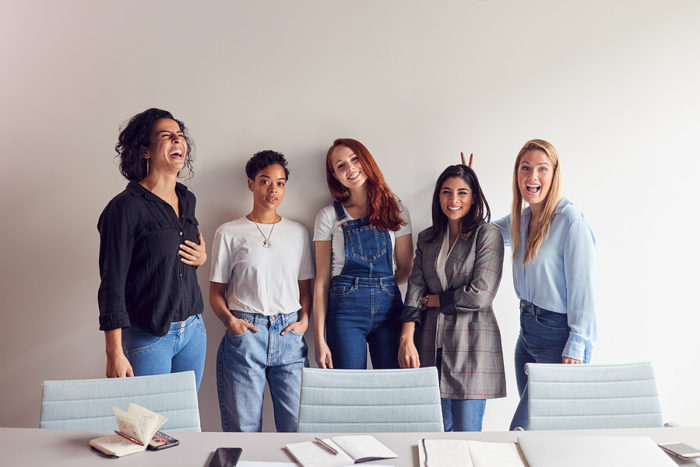 Think of the word ‘ageism’ and inevitably it conjures up images of older workers. And right now, many claim this form of ageism is only getting worse. As ‘change’ and ‘adapting to change’ become the new missions of business, older workers have tended to fall into the stereotype of not willing to learn, and being stuck in their ways.

But the often-ignored reality is that ageism – or what some prefer to more accurately call ‘youngism’ – is actually hitting those new to their careers harder than ever too.

This is the opinion of Michael North, an associate professor of management and organization at NYU’s Stern School of Business. According to his own research published in the Journal of Experimental Psychology, co-authored by Stéphane Francoli, he concludes ageism is a “slightly worse problem targeting the young.” Moreover, he says there is “a growing portrait that paints young adults as clueless and burdensome.”

In this ‘reverse ageism’ environment, North claims older generations think of younger workers using words such as ‘entitled’ and ‘lazy’, and they assume that young people think the basics are beneath them. North says: “In this case, it’s not just a life-stage critique – this is something more extreme.”

In this study, North and Francoli specifically asked respondents of various ages to voice their opinions about the older and younger generations. When they asked participants to describe both generations with whatever words first came to mind, they received positive and negative responses. While positive words like “ambition,” “intelligent,” and “tech-savvy” all came up, the most common negative responses were “entitled,” “coddled,” “disrespectful,” and even “radical.”

“If people in senior levels are writing them off because of assumptions, the younger people won’t get the opportunities they need to succeed.” – Michael North.

Why is this happening?

Lauren Rikleen, author of You Raised Us, Now Work With Us, believes older workers feel this way about younger workers because of emerging disparities in the attitudes of younger people towards the world of work.

“People judge others by their own standard,” she writes. “A senior person may have succeeded by traditional measures of success: long hours, missing family events and constantly being in the workplace. When they see younger persons’ behaviors that aren’t similar – such as leaving work to go work out or taking health and wellness measures – the result can be a stereotype of “Well, that person isn’t acting like I did.”

The result though, is that these predetermined beliefs are holding young people back more than ever. Age discrimination against younger workers keeps them from being able to take advantage of opportunities to grow their career, thus stunting their progress.

What can companies do to fix it?

Rikleen says that the most important factor in combatting age discrimination against younger people is to help organizations recognize it.

“We have to start having more open conversations about this, as opposed to quiet rumblings,” she says. “We also have to recognize ageism in any direction is a bias. I’ve said this to people in older generations a lot: you’d never use the language you’re using if you were talking about race or gender. But because you’re talking about young people, there’s a sense that you can just say it and it’s OK. She adds: “We need to acknowledge the ageist way in which people talk is a real bias, and one that needs to be treated that way in the workplace.”

If you want to protect your company from age discrimination, what better place to start than by providing training specifically on ageism, biases, and diversity.

This training should focus on uncovering unconscious biases and stereotypes, the benefits of diversity, and the effects of ageism in the workplace with real-world examples. This way, you’re giving your employees the tools to address it and recognize some of their own biases towards either generation.

But if all this hasn’t left you inspired, maybe something else will. Every time you think young people don’t have the wherewithal you do, think of Hillary Yip.

Yip is officially the youngest CEO in the world. She runs MinorMynas, an online education platform for children at 15 years old (she first became CEO aged just 13).

Today she rubs shoulders with some of world’s more prominent tech geniuses. The lesson? Maybe it’s that years of experience don’t need to be as prized as they used to. Maybe, employers should realize that young people have the potential to contribute in ways that the generation before them never could.