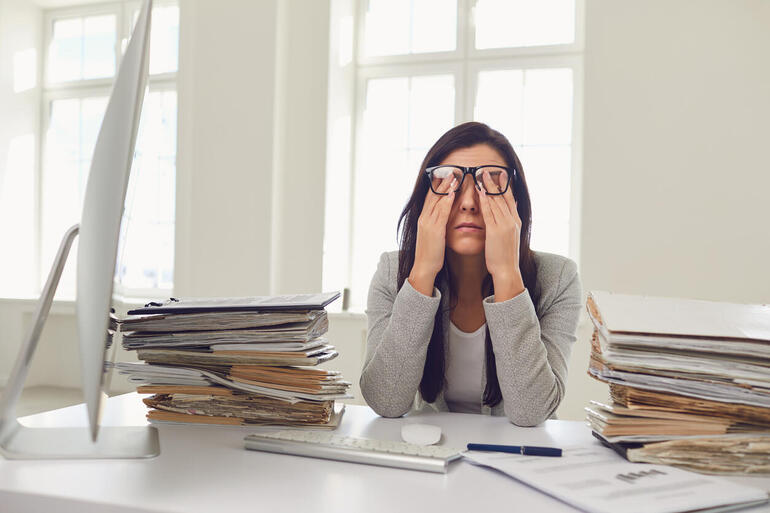 I was working for one of the most iconic CEOs at one of the most innovative companies in the world — and my hair was falling out. It was my first job out of college. I was young and shedding like a retriever. My introduction to corporate America was marked by long hours, exhaustion, and constant worry that I would be fired. I barely survived each day.

My boss, Steve Jobs, was part of the problem. Yet he also helped point the way to a healthier, more sustainable path.

Steve was intense and demanded excellence from everyone. He pushed people to be better than they ever imagined possible. Some people became better while some people broke. “My job is not to be easy on people,” he often said. “My job is to make them better.”

I learned to over-deliver in a high-pressure and intense environment. As his executive assistant, I anticipated his high demand needs and was always several steps ahead. In doing so, I adopted unhealthy lifestyle habits. I kept up with the breakneck pace at Apple by snacking on cups of Hershey’s Kisses (while ironically bringing fresh, organic meals to Steve). Sacrificing my yoga practice and time with loved ones, I eventually found myself on the verge of burnout.

Back then, in 2000, the concept of employee wellbeing, at least on the executive floor at Apple, was nonexistent. I was not aware of any corporate wellness programs to manage stress, build resilience, and improve overall wellbeing, which I desperately needed at the time. If such a program existed, it was not widely utilized. Our corporate culture did not send the message that investing in your wellbeing was a priority.

We may have been in the dark about taking care of ourselves, but Steve had cracked the code.

There is a misperception that Steve did not take care of himself and that he was a workaholic. I witnessed firsthand how he took a holistic approach to his wellbeing and success. I did not realize it until later, but he taught me a valuable lesson that has profoundly influenced my life and career: Our wellbeing drives our success. In other words, our greatest wealth is our wellbeing.

Steve was able to sustain his determined focus, clear vision, and exceptional creativity precisely because he was so disciplined about tending to his self-care. He took the time to feed his fire. He had a meditation practice, exercised regularly, nourished his body and mind, had a loving family, and maintained a deep sense of purpose while building Apple.

Steve’s downfall as a leader was that, as attentive as he was to his own wellbeing, he was inattentive to the wellbeing of his people. He challenged and stretched people outside of their comfort zone, making them better and helping them fulfill their highest potential, but often at the expense of their health.

Many would call him a jerk or repugnant while also lauding him as a visionary and genius. That contradiction was another enduring lesson of my time at Apple. The fire that fuels many innovative founders and entrepreneurs is, in most cases, not sustainable. The challenge is to translate that passion into a culture that is built to last, one that does not see doing well and being well as mutually exclusive. As a result, helping business leaders find such a sustainable path has become my mission in life.

It took me years (and considerable soul-searching) to fully grasp the importance of wellbeing. And to grapple with the contradictions of Steve’s example and his influence on my life. My hair loss and high stress at the time notwithstanding, I am forever grateful to have crossed paths with such an extraordinary visionary. I saw how Steve lived his mantra, “The only way to do great work is love what you do.” He inspired me to have the courage to follow my heart and intuition, without which I would never have started my own business or written a book.

Because I now run a corporate wellness company, when people learn that I worked at Apple with Steve, they assume that I was his executive wellness coach and helped him with his wellbeing. The complicated truth is he helped me with mine — both through the personal example he set and his pitfalls as a leader.

Steve’s failure was that he did not extend his concern with his wellbeing to his employees. The result was a wellness gap, productivity without mindfulness, which (as I learned the hard way) inevitably leads to burnout. In my time at Apple, followed by a stressful decade at other Fortune 500 companies, I witnessed the high cost of that wellness gap. I became convinced that there had to be a better way.

Many of the CEOs I work with aspire to be like Steve Jobs, to be visionaries who revolutionize their industry. And on a corporate level, many of my clients aspire to have a global brand that, like Apple, impacts the world in a meaningful way. Unfortunately, some look at the legacy of Steve and other groundbreaking innovators and draw the wrong lessons. They fall for the myth that excellence requires an obsessive drive that sacrifices health and wellbeing.

Every day I navigate clients away from such misconceptions. I know with conviction that long-term, sustainable success is possible only when you take care of yourself and your employees. To do well, you must be well.

That is simpler said than done. We have to stop romanticizing burnout and wearing overwork and frazzled nerves like a badge of honor. We must redefine the very idea of success. And to do so, we must look at iconic success stories like Steve’s critically and through new eyes.